It cannot be stressed enough, the importance of electrical grounding. Scientists discovered decades ago that “electricity travels the path of least resistance.” This basically means electricity can pass through all potential paths, regardless of the level of resistance. When a blender malfunctions, electricity can flow through the machine to the exterior panel. If someone touches the hot panel, they will be shocked. Electrical shock has been linked to mild to severe burns and other injuries. In worse scenarios, an electrical shock could end in death. This is where a grounded electrical system comes into play. Instead of the electrical current traveling through the damaged blender to the exterior panel. From here, it will travel through the third prong into the electrical wiring, down the ground rod, and into the ground.

Adds A Layer Of Protection To Connected Devices

Grounding of the electrical system adds an additional layer of protection to all connected devices.

Power surges may not be as dangerous as electrical shock, but they can cause serious damage to connected devices over time. Frequent fluctuations cause the electricity to increase and decrease. Power surges generally follow a power outage when the power comes back on. They can also occur during electricity fluctuations.

Desktop computers and other expensive electric devices need to be protected from power surges around the clock. Unless you want to replace these high-ticket items, a surge protector is crucial. A surge protector is a technological device designed to suppress a power surge to stop it from running through connected devices.

Unfortunately, the installation of a new surge protector may not be enough to protect your connected devices if the electrical system is ungrounded.

As mentioned above, an external surge protector cannot protect full protection for connected devices. Here, at Alpha Electrician Tacoma, we cannot stress enough the importance of a grounded electrical system. We recommend combining electrical grounding with a surge protector.

Some of your connected devices are integrated with sensitive technologies and components. If these components sustain damage during a power surge, the entire device will need to be replaced. Power surges have been linked to tens of thousands of dollars for the replacement of irreparable electronics and appliances. 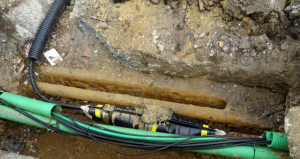 Signs Of Electrical Problems In Homes In Tacoma, Washington